Here at Higher Voice Studio, we are very excited and honored to offer limited time workshops, hosted by our faculty and esteemed special guests.  This gives our students an opportunity to sharpen specific skills, develop in focused musical & vocal areas, and build their resumés with career advice and personal one-on-one interactions with people who are successful and accomplished in the world of music.  Please see below to learn more, and to sign up for our upcoming, exclusive Higher Voice Studio Workshops.

Higher Voice Studio is pleased to announce a series of acting workshops taught by Higher Voice Studio special guest faculty, Craig Joseph. Join us on Saturday, May 8th for the first in this exciting series.  Students can choose from either a morning or afternoon workshop. This is an in-person workshop. Masks will be required for all participants. There is room for only 20 students, so don’t hesitate. Register now.

Bringing life to a character onstage starts by engaging the imagination and putting yourself in some fanciful circumstances, asking the question: “What would I do IF…..?” In this workshop, we’ll move through lots of improvisational and movement-based games and exercises to strengthen that oh-so important muscle of the imagination. Along the way, we’ll explore the concepts of awareness, concentration, qualities of movement, collaboration, centeredness and much more, as preparation for the bigger work of playing a character onstage. 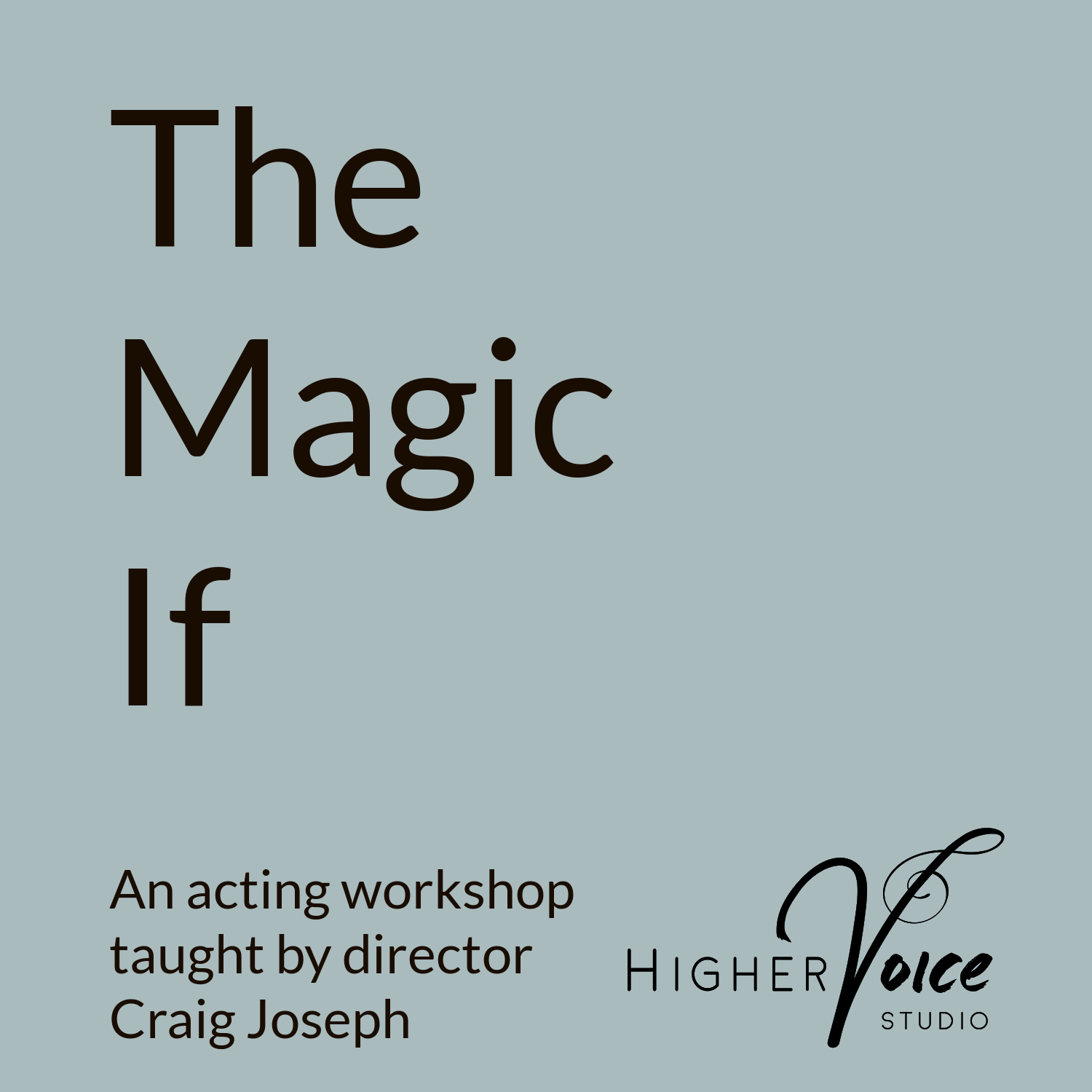 All good actors know that being a character starts – not with emotions, not with developing a voice or a walk, not with wild facial expressions – but with figuring out what an individual DOES, how they ACT and BEHAVE. In this workshop, we’ll explore the connection between the inner and outer lives of character, exploring concepts like objective, motivation, tactics, obstacles, adjustments and other terms from the Stanislavski system – all through a series of on-your-feet exercises and games that will make you a clearer and more focused actor.

Hitting the right notes, observing the proper musical dynamics, and knowing where to breathe is only part of the challenge of performing. Now that you’ve got the mechanics and technique of your song, how do you convey thoughts and ideas, elicit emotional responses from your listeners?  How do you portray a character and take the audience on a journey of how the individual learns, grows, and changes over the course of one song? In this workshop, we’ll explore how not only to be excellent singers and musicians, but the basics of acting and telling a story as you sing. 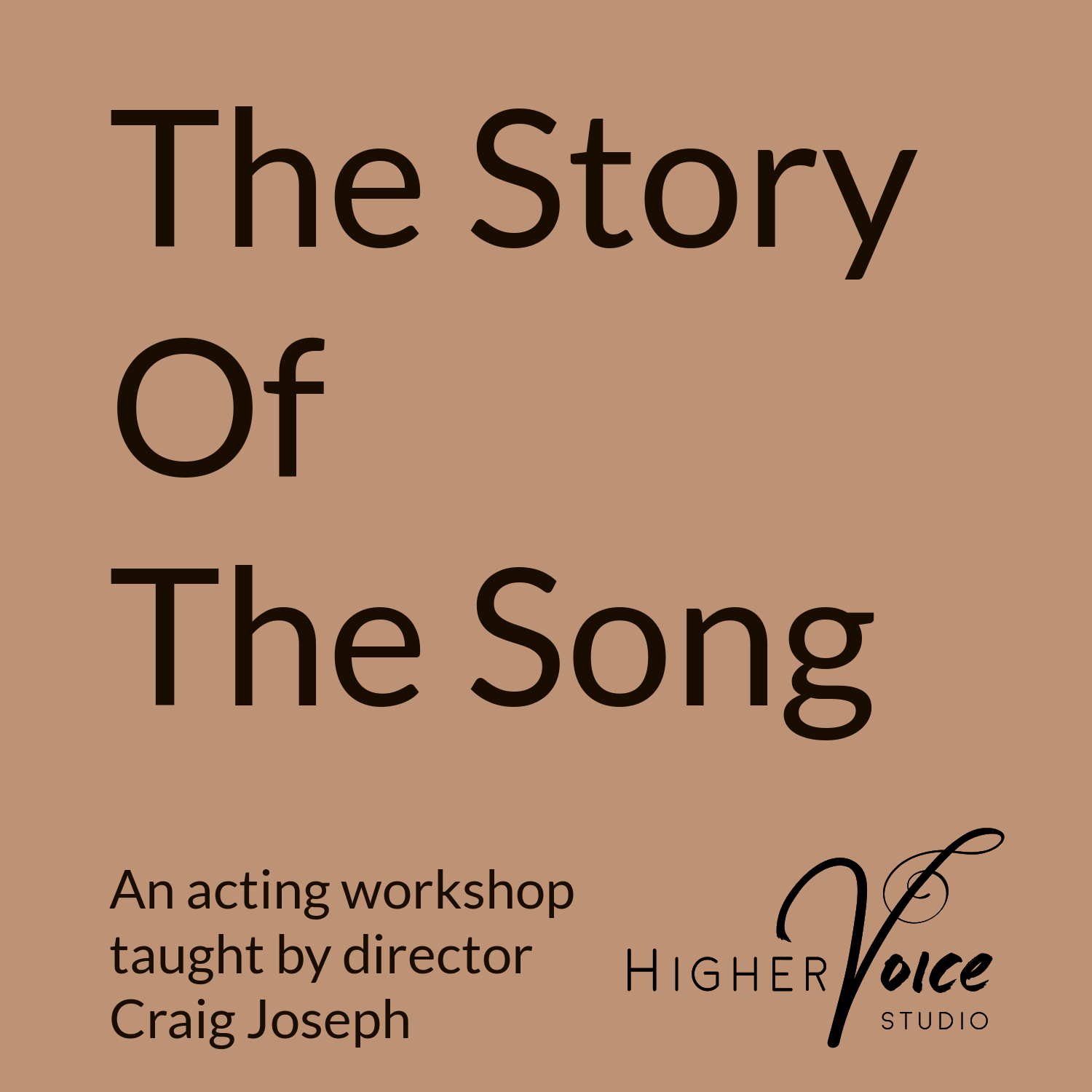 A native of Ohio, Craig was bitten by the theater bug at an early age, and could be found producing short plays with the neighborhood kids. Through annual backyard productions of The Wizard of Oz, he received his earliest exposure to acting, directing, and creating a whole new world through design.

After receiving a fantastic arts education in Plain Local Schools, Craig pursued his Bachelors in English and Theology at Wake Forest University, and then went on to receive a Masters in Directing from Northwestern University. A 13-year sojourn in Chicago and Minneapolis garnered him professional directing and dramaturgical credits with Writers Theatre, White Horse Theatre, Rogue Theatre, and TimeLine Theatre, among others. Contemporaneously, he acted occasionally and wrote several plays and a screenplay. In addition to his theatrical involvement, Craig held a variety of “big boy” jobs in church and educational contexts as a youth pastor, associate pastor, arts educator, and college professor.

A surprise move back home to Ohio in 2009 propelled Craig in some new directions. He founded and was the curator of Translations Art Gallery for 6 years, and served as the Creative Director for two different branding and identity agencies for 7 years. He was also pleasantly surprised to discover the vibrancy of the Northeast Ohio theatre scene, and continued to tell stories on the stage, garnering directing credits with the Players Guild, Weathervane Playhouse, the Canton and Akron symphonies, Playwrights Local, Aurora Theatre, ResonanceWorks, and others. Additionally, Craig has rediscovered a love of acting; now that he’s in his forties, he finally has enough life experience to play the roles he’s been cast in since he was 18.

The culmination of this theatrical renaissance in Craig’s life occurred in 2012, when he founded Seat of the Pants Productions as a way to stage plays that weren’t getting produced elsewhere and to experiment with techniques and processes that required a bit more time and energy. Little did he know that his “passion project” would resonate with artists and audiences alike and grow into something bigger.

In addition to his time producing theater, Craig is currently an adjunct theatre professor at both Malone and Mount Union universities, and is studying to become a certified teacher through the Great Lakes Michael Chekhov Consortium. Craig is also a proud member of THE GREENHOUSE, a cohort of Ohio-based theatre makers who come together regularly to encourage and provoke one another’s evolution as humans, artists, collaborators, and citizens.

He’s endlessly grateful to his friends, family, and the viewing public for their support of the arts.